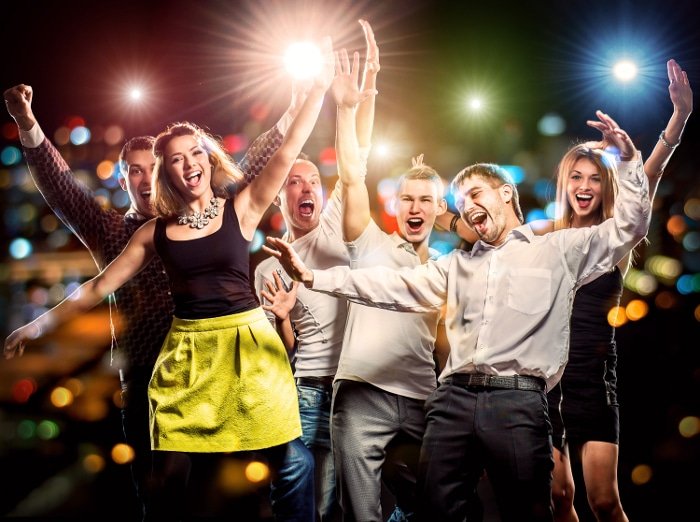 In part one of this blog, I talked about some general ideas about setting up the party for your teen. In part two, from the perspective of a Vancouver DJ, I will be giving you some practical ideas and links for game ideas and video examples to help you put the suggestions into action.

Teenagers have a lot of energy and like to go from one thing to another. However they do often need to have some sort of direction at the party. A number of carefully chosen games can be used to build excitement and not to mention, many fun stories to be told later on. Make sure you have enough games to keep them busy and that the games are not too easy to win. I have had a number of events where a group won the game in 60 seconds. It is best to make the games challenging enough so that they build that competitive spirit. An ice breaker, such as a scavenger hunt in teams, encourage the teens to work together and will help some of the more shy young people fit in. You can either run the games yourself with the help of some other parents, designate one of the more outgoing teenage guests as MC and have them do it or have your DJ officiate the games. I recommend having one of the teenage guests do it so that the DJ can play background game music while the games are taking place. It is another way to keep the young people engaged in the party.  Make sure the teenage MC, if you go that route, has a script, which they can write, what order the games will be played, know how the game is played so they can explain it and have prizes on hand. Prizes could include funny prizes from the dollar store, fake plastic trophies, etc. Here is a great site for game ideas.  Games

A lot of  people overlook Karaoke as another option for your teenager’s party. Yes, karaoke can be irritating if not planned properly, but it can also be a lot of fun when effort is put in to do it right and integrate it into the party. You can incorporate the karaoke into your theme. For example, if you are having an 80s or 90s theme, get the teens to prepare a song beforehand complete with costuming and dance moves. If some are shy, get them to form groups and perform as  The Spice Girls or The Backstreet Boys, etc. This can be a lot of fun as, even if the singing is not so great, the entertainment factor can be off the charts. If you really want to raise the bar, have some parents do something as a group. Teens really love it when mom and dad get involved in this aspect of the party.

You don’t sing you say? Do it as a lip sync battle! Jerry Fallon has brought back the fun art of lip syncing. This is such a great activity also… with the added feature that you don’t actually have to sing, so you can concentrate on the performance and really hamming it up. This also is even more fun when done in costume. Check theses links out for an example of a lip sync  Lip sync no costume,  Lip sync with costume.

If that does not appeal to your teen, how about a dance off?  This can be an awesome! Here again costuming can be optional but I think it is a lot more entertaining when you go all in with the costuming. Wither it be a disco dance off  or a hip hop extravaganza, it is a great way to lead into the actual dance time of the party or to have performances throughout the evening. Check this link out for one twist on the dance off idea.  Dice Dance off

These last two suggestions do require more effort from everyone but hey, the best parties are the ones where people make it happen. If the planning and performance is put in by the young people, maybe a bit nicer prize is warranted…movie passes are always great prizes.  You can run any of these ideas as contests or as just performances but I think the contest idea makes a really good reason for the performances and brings out the best in the fun factor. Often the fun of something happening unexpectedly can really be the icing on the cake.

And there you have it. As a DJ in Vancouver, I have seen a lot of parties and events of every kind. The best ones, the events where people talk about again and again, are the ones where an effort has been made to make the party unique, fun and memorable. That does take time, planning and a little work, but the results will be well worth it. Even if you just do one of the ideas that I have presented, you will be raising the bar and opening the party up to some something that will be an entertaining and notable recollection of a great party for all.